So you think you live in a society that would never condone state cover-up of child rape and its use as a honey-pot for paedo-informants? Wrong. Colin Wallace slams the Historic Institutional Abuse Inquiry in a hard-hitting rebuttal and asks a few difficult questions – download. #Kincora: HIA report on former boys home condemned by ex-Army officer, […]

Statement issued by Colin Wallace following the publication of the Historical Institutional Abuse Inquiry Report. Although I initially offered to give evidence to the Inquiry, I later decided not to, mainly on the grounds that the Government repeatedly refused to give it the same legal powers as the corresponding Inquiry in London. I believe that […]

A day of firsts. For a start, my first cycle in Maigh Eo – from one Titanic town to another. I pushed out to Addergoole and swept down to the shores of Conn. I looped back to Leathardán which gave me the opportunity to stop for the first time at the memorials there. One commemorating […] 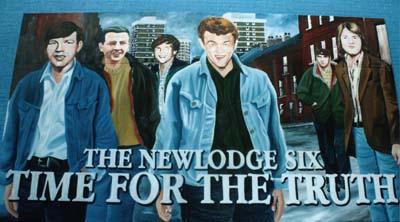 Spotlight NI tonight (8th December 2015) investigates whether secret government files are hidden because of British national security or shame regarding Britain’s dirty war in the north of Ireland. The investigation features brave families whose loved ones were killed during the conflict, but whose stories have been covered up by the state for generations. They include the […]

What wonders he saw in the hours before he was killed. What horrors too. Rifleman Robert Arthurs of the 1st Battalion of the Royal Irish Rifles died one hundred years ago today fighting at the Battle of Neuve-Chapelle. Robert is my great-great uncle. I woke up thinking about him in that weary no-man’s land of […]

British soldiers faced many dangers here and reading the local Irish News was one of them it seems.   Warmongering is a grave business but names like Colonel Maurice Tugwell and Brigadier Marston Tickell still make me giggle as if they were set adrift here by Captain Pugwash. Yes, puerile, I know, and these particular […]

After Britain sounded the last post in Aden in 1967, many of its dusty warriors wound their way here in 1971. They dragged with them their attitude towards the native and many of the darker arts of warfare. They included the infamous Parachute Regiment which won its stripes in the north of Ireland by murdering […]